Millennials have taken up paddling to keep them fit since they cannot exercise in the Metaverse. Also, the new-age cyclists are not limiting themselves to just road bikes or hybrid city bikes. With an appetite for exploring virgin landscapes, demand for mountain bikes has also witnessed a substantial increase. Thus, to find a capable and affordable hardtail mountain bike that uses an alloy-based frame, we got our hands on the Firefox Stravaro. Well, read on to find out if our hunt came to an end or not.

A mountain bike with a tight stance seeks a lot of attention, and the Starvaro does it very well. The frame uses a minimalist approach, but the angles make it look conspicuous. Therefore, the road presence isn’t a compromised affair. Moreover, the silver paint scheme with neon inserts makes the bicycle a tad bit more lively.

Another arsenal up the Stravaro is its high-order fit-finish levels. The welding across the frame is a neatly-done affair. Hence, the Firefox Starvaro turns out to be quite a looker and attention-seeker. It should be noted that the Firefox Starvaro comes semi-assembled from the factory. Screwing up a few bits is all that it takes to get going.

Swinging a leg over the Firefox Starvaro wasn’t tough to start with. It surprised me with the seat’s accommodating nature and the overall ergonomics, as the fat-flat handlebar aids grip over the bicycle. With more distance paddled, the Stravaro made me realize that the 18 gears are enough to keep going in almost every condition. It uses a Microshift Marvo 2×9 S derailleur. It comprises 2-speed front and 9-speed rear cassettes. 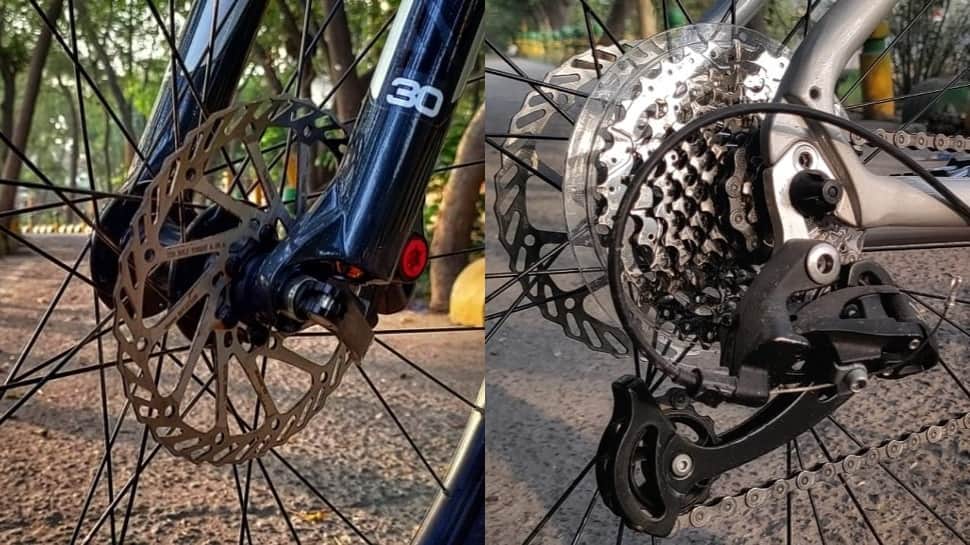 The overall shift operation is smooth without much of a hindrance being offered by the mechanism. The Prowheel crankset on the Starvaro comes with wide pedals that offer immense grip levels to go bonkers even on the washed-off tracks. Also, 29-inch rims are a blessing in disguise on the Starvaro. They accentuate the bicycle’s capabilities as an MTB. 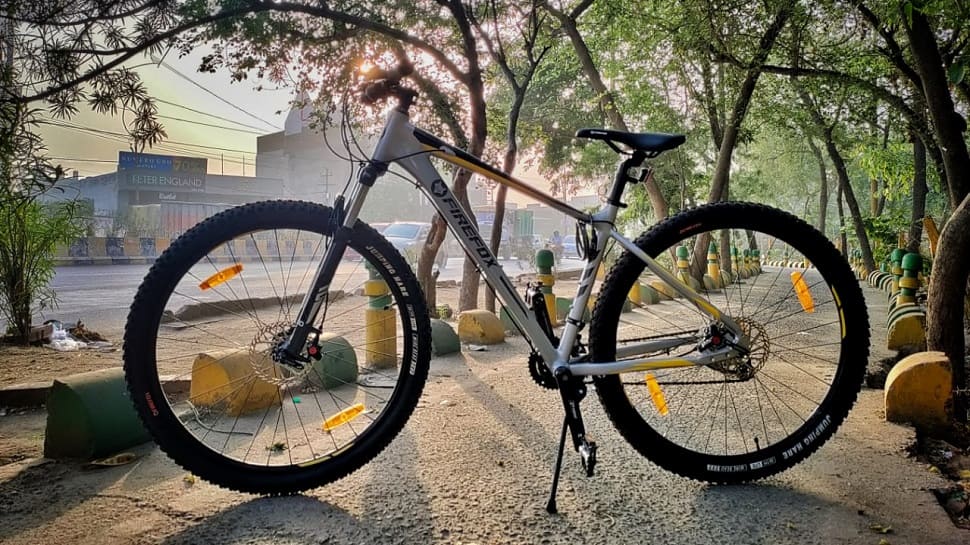 Likewise, spoked rims with dual walls, which are made of alloy, have only helped the rims to take the beating offered during trail riding. Coming to a stop is a hassle-free affair on the Firefox Starvaro with hydraulic disc brakes on both ends. However, the position of levers could’ve been done keeping the Indian riding conditions in mind, or at least, they came with different levers to swap their positions. 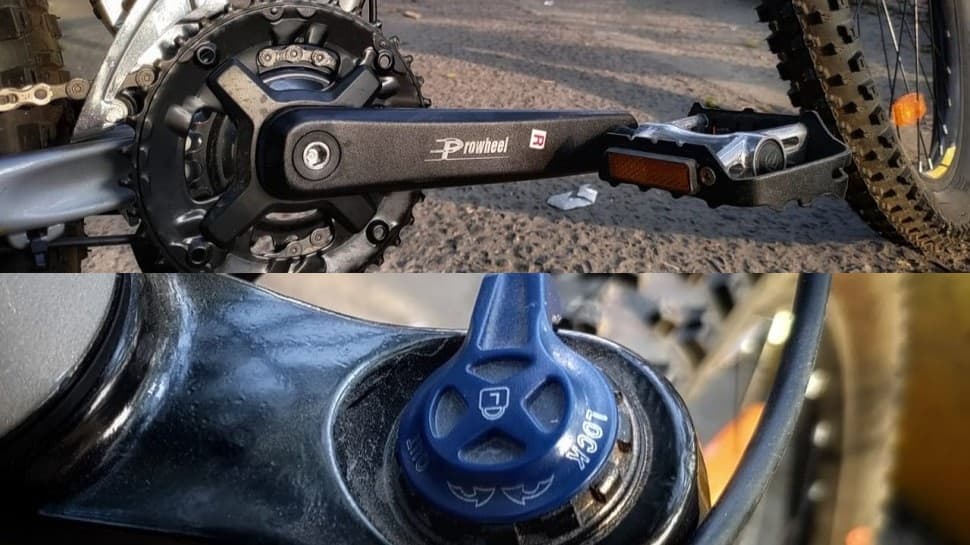 Talking of suspension, the front-end gets a Suntour fork with 100 mm of travel. No doubt, it works flawlessly on the terrain that the Firefox Starvaro is meant for. On gravel or in city riding conditions, the fork comes with a lock-out function.

Firefox Starvaro Review: Should you put your money on it?

The Firefox Starvaro has a price tag of Rs 45,000. However, the brand is currently offering it with heavy discounts, making the price tag come down to roughly Rs 35,000. At this price point, it makes for a tasteful offering with all the equipment needed to be a capable MTB and quality levels to justify the asking price. A 7×3 derailleur, however, could’ve been a better bet. As an overall package, the Starvaro has enough to go on technical trails and get you back with a smile of triumph.

Jhunjhunwala will be remembered for his foresightedness, understanding of mark